Schaffer has been Europe's leading name in loaders for over 50 years. Built to last using the finest componentry and German engineering, the Schaffer name is synonymous with quality, durability and performance.

See our online videos to get a feel right now for what a Schaffer loader can do for you. 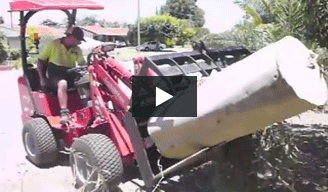 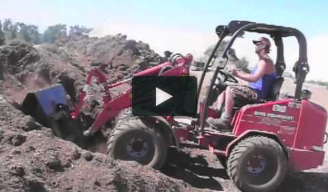 Schaffer Mini Loader 2445 working in a nursery in Perth, Australia.

The back-up from Schaffer Loaders has been excellent."

Schaffer had no problem in customising the articulated forklift at the factory for whatever configuration we needed. Cameron came to our workplace many times, with tape measure in hand, to measure and re-measure the masts we were using on our older machines." 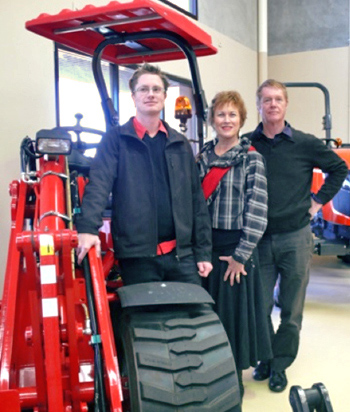 We've used it non-stop with only routine maintenance and the parts back-up is excellent."

So many reasons to choose Schaffer!

Hover mouse or tap on image to zoom in. 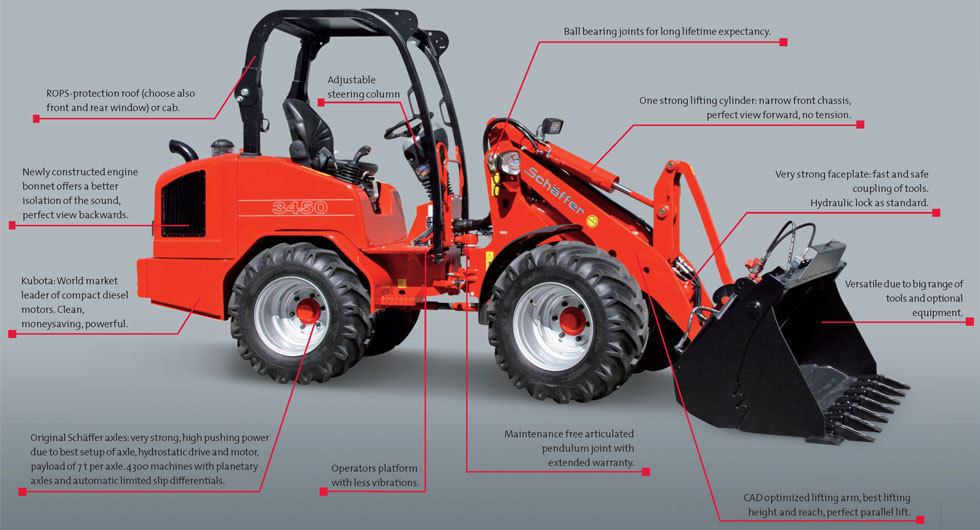 Many landscapers, earthmovers, councils, arborists and other industry groups are looking for an alternative to skid steers. They want a loader that doesn't twist up the ground. Skid steers skid to turn and can rip up everything from asphalt to backyard landscaping. This leads to time wasted top dressing when it could be put towards the next job. Schaffer loaders are becoming Australia's most popular skid steer replacement.

Number one in independent tests 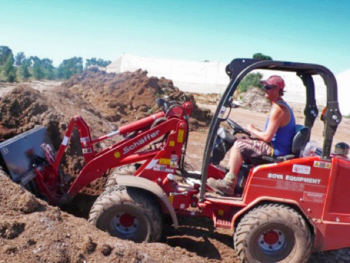 Schaffer loaders are a true industrial quality compact articulated loader. Built relatively narrow with a low centre of gravity, they can get into areas other loaders can't. This allows Australian workers, for the first time, to use an articulated loader to work in tight situations instead of a skid steer. Schaffer's don't dig up the ground with their tyres, are easy on your back and enjoy amazing all-round visibility over a skid steer.

Schaffer loaders have a long wheelbase and this, combined with the loader';s weight being concentrated behind the rear axle, gives an unparalleled lift capacity with amazing stability. Schaffer loaders are heavy machines for their compact size, which further adds to superior lift compared to lighter mini loaders, particularly in rough terrain. 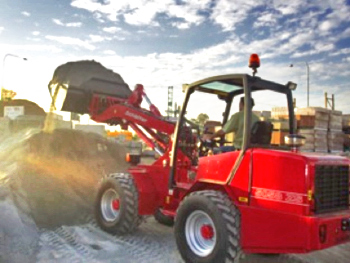 Schaffer loaders generally have 20% greater articulation, which means agility in confined spaces. A truck can be parked closer to a stockpile with the benefit of using less fuel and working faster. Articulation angles range from 60 degrees in the mini loaders to 47 degrees in the front end loader and wheel loader ranges.

Normally only found on large wheel loaders, an oscillating rear axle is used by Schaffer in the front end loader and wheel loader ranges. This system allows all the loader';s operating weight to act as a lever on the bucket, gaining greater breakout. The oscillating rear axle also adds to driver comfort, acting in a similar way to suspension by reducing the jolting force in rough environments. It provides superior stability and traction because the loader can maintain all wheels on the ground in rough terrain. 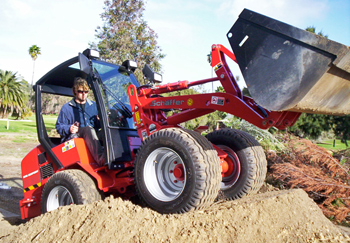 Schaffer loaders have maximum tread on the ground for the ultimate in traction and less ground disturbance. The smallest mini loader has 12" wide tyres and front end and wheel loaders have 15" wide tread.

Schaffer loaders have simple controls - a joystick that controls all mast functions, forward and reverse and a steering wheel. As the controls are simple, multiple users can achieve high productivity quickly.

Speed on the job 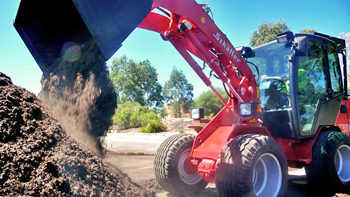 Schaffer loaders are made to outlast the rest. Compare the pins, rams, chassis and mast thickness and you will quickly see they are the strongest on the market for minimum downtime and performance in the toughest conditions. The design of the oscillating bearings on the mast for longer pin life is just one of many features made to last.

Great all round visibility

Sitting on top of a loader gives an amazing all-round view, providing safer and faster productivity on the job site, especially in restricted areas. Because Schaffer loaders have the lowest operating height on the market, the operator can easily monitor ground conditions.

All Schaffer loaders come standard with a four-poster hardtop ROPS/FOPS or air conditioned cabin straight from the factory. Models up to the 4350Z have a REMOVABLE hardtop, allowing access into restricted height areas lower than a skid steer, such as under carports. The operating height of the hardtops and cabins are the lowest on the market, allowing you to gain access to more areas to perform more work.

Over 50 tools to choose from!

Hover mouse or tap on image to zoom in.