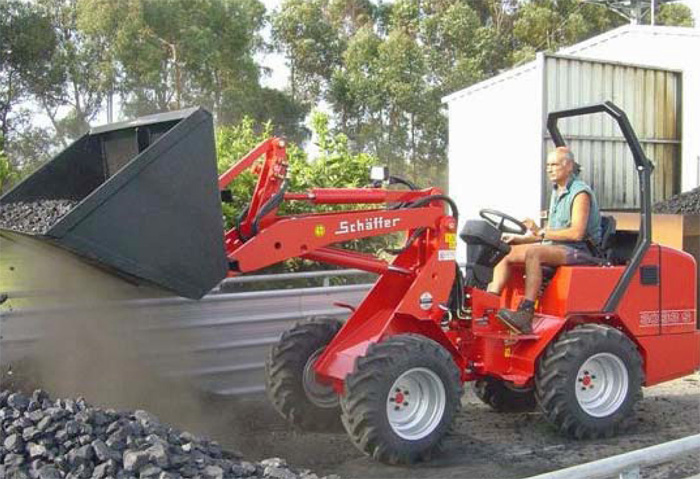 Neil and Sonia Reid grow cut flowers for the florist trade in Oakford, a southern suburb of Perth.

In March 2005 they became Australia's first Schaffer customer when they purchased a 3033S articulated mini digger to ease their daily workload.

Their nursery, NS Flowers, specialises in roses, gerberas and gypsophilias. The roses and gerberas are produced in heated plastic tunnel houses, while other flowers are raised in shade houses.

The Reids needed a mini digger to take the hard work out of moving bags of fertiliser and potting mix, as well as shovelling coal into the hopper to heat the nursery and removing the ashes.

Neil explains: "I borrowed my father-in-law's machine initially, a front end loader on a tractor. But I needed a narrower machine to use in the nursery. Our central path is only 1.6m wide. We don't want a wide path because we would lose growing area."

In March 2005 they became Australia's first Schaffer customer when they purchased a 3033S articulated mini digger to ease their daily workload. 3033S Schaffer Loaders soon arranged for a demonstration of their 3033S mini digger at the nursery, and it didn't take Neil and Sonia long to decide.

"We've been very happy with it," Neil says. "It's compact and manoeuvrable, with good power and lifting capacity.

We've set the machine's width at 1400mm. The width can be varied, depending on the wheels and tyres."

Neil says the Schaffer 3033S mini digger is very strong and well built with good hydraulics and a Kubota engine. "All of the controls can be used with one hand," he adds.

All Schaffer loaders are engineered and built in Germany, steeped in the tradition of engineering excellence that produces Mercedes-Benz and BMW. 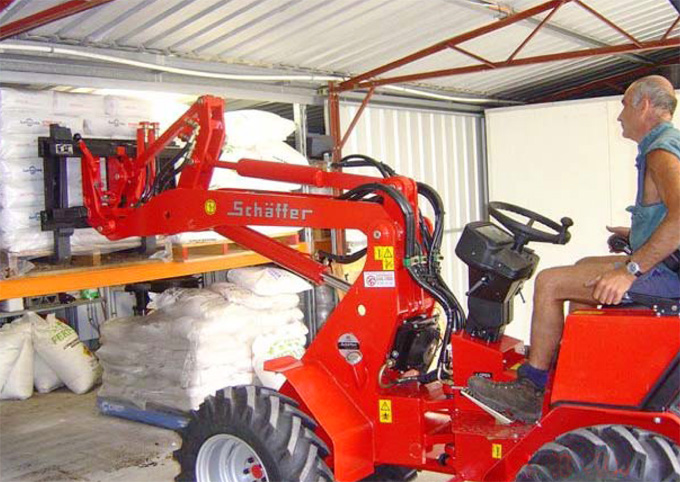