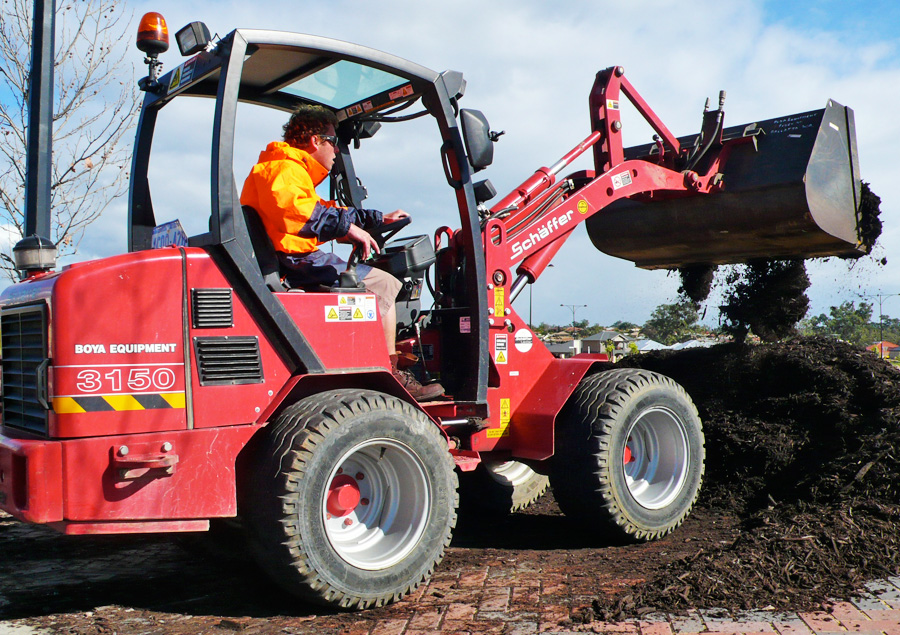 Newscape Contractors' Landscape Manager Shane Lockyer is a shrewd man when it comes to spending his company's money. But sometimes he believes it's worth paying a bit extra.

"There are others cheaper, but this is better," Shane says of the Schaffer 3150 compact mini digger, the machine he and others in the management team chose last year for their large-scale landscaping business. "I spoke to other landscaping contractors and they recommended Schaffer so we decided to give it a try."

Shane says the company's fleet previously consisted of a Kubota and a skid steer but the Schaffer mini digger 3150 offers more versatility and is much easier for staff to use. "We have three or four people inducted to operate it but really anyone who can drive a vehicle can use it," he says.

Shane says the mini digger Schaffer 3150 articulated loader has the rigour to do all the work thrown at it by Perth's building boom. Newscape Contractors has recently built parklands for developers from Capricorn Village, Yanchep in the north to Meadow Springs in the south with their new Schaffer mini digger, which has already clocked up over 500 hours with no maintenance worries.

"We use the fork to move paver pallets and the bucket for soil, mulch and site waste. It gets a good workout and always performs. We would definitely buy a Schaffer articulated loader again," Shane says. 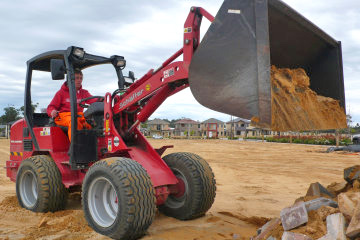